Thanks to @pancheros on Twitter for putting this Twitter marketing story in front of me. (There are more benefits than you know to following a burrito tweeter.) 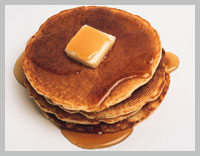 The Cedar Rapids, IA Gazette has a nice little write-up on a small restaurant using Twitter. Riley’s Cafe started using Twitter recently and implemented a “Twitter Tuesday” special. So far they have seen both foot traffic in the door as well as local buzz from it. Very cool.

Their first Twitter Tuesday offer was 25% off the entire bill.

It’s also interesting to note that Riley’s doesn’t even have a website. They jumped right to social media and are using it to drive direct business, not just website or blog traffic.