The Golden Age Of Web Design 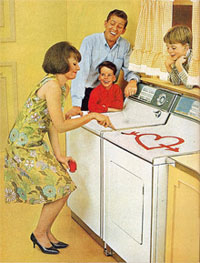 During the last decade, millions of websites were released year after year.  In a great trend for all involved, user experience became the dominant focus. Social media is now skyrocketing in nearly every sector for every audience. Websites are now being used on mobile phones and devices. Desktop applications are interacting with websites. Businesses are integrating a large amount of their operations into web-based platforms.

The trend in web design during the last decade resembles that of the 1960s and 70s in the advertising industry, often referred to as “The Golden Age of Advertising”. A time when great, original ideas were continuously rolling off the tables at agencies, and new technologies had enabled conceptual wizards to push the envelope with out-of-the-box ideas. Like then, we have had agencies and individuals all over the world pushing the envelope for the last decade to make the internet the best it can be.

Has anyone considered we may be in the golden age of web design? Some observations I have on this are below:

Summing it all up:
Utilizing the tools we have today, web designers and developers have not required major advancements in technology to pump out robust, user-oriented, interactive websites. As much as anything, the ideas and approach has evolved.

The marketplace has also shifted to deliver stronger websites to smaller businesses at lower costs. In addition many businesses are going green and utilizing web technologies as cost-efficient marketing channels. Wikipedia is now the local library for many average citizens; Facebook, the schoolyard; Google, the everything.

We know it will continue to get better from here, but what I’m getting at is where we may be on the web technology curve.

Sounds like the golden age of web design to me.